Chemcon IPO: Valuations, management update and analyst ratings: Should you subscribe?
The issue would comprise of fresh issue of equity shares aggregating up to Rs 165 crore and an offer for sale of up to 45,00,000 equity shares, to be sold in the price range of Rs 338-Rs 340.
The Economic Times
https://economictimes.indiatimes.com/markets/ipos/fpos/ch...
#ATUL
Like
Reply
K
King Harry  @kingharry
Reputation: 9,201 • Sep 19 11:04 AM 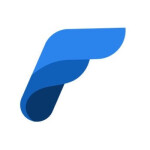 Both IT and pharma are in the midst of a bull run: Sudip Bandyopadhyay
‘There is a structural change happening and the rally is going to run for some more time
The Economic Times
https://economictimes.indiatimes.com/markets/expert-view/...
#CIPLA #ICICIPRULI
Like
Reply
R
Ravi @Stockstudy8
Reputation: 1,277 • Sep 19 8:59 AM

Chapter: 02 l How to read a Balance sheet? l Part-1
A balance sheet discusses how the company has evolved financially over the years. In this chapter, you will look at the different aspects of a balance sheet....
YouTube
FUNDAMENTAL ANALYSIS l ADVANCED LEVEL
How to read Balance sheet of a company?
https://youtu.be/JeQCfTskA3E
@learntoinvestindia
@learntoinvestindia
#TradingUniversity
#InvestingUniversity #InvestmentIdeas
Like
Reply
Join FrontPage
FrontPage is India's favorite stock discussions community
Join 50,000 Indian traders and discuss trades, strategies, news & views on any stock.
Join FrontPage
SOURCE: Data from D'Market via Quandl. Intraday data delayed 15 minutes.
DISCLAIMER: Information is provided "as is" and solely for informational purposes, not for trading purposes or advice, and may be delayed. Information herein should be regarded as a resource only and should be used at one's own risk. This is not an offer to sell or solicitation to buy any securities and FrontPage will not be liable for any losses incurred or investment(s) made or decisions taken/or not taken based on the information provided herein.
Privacy•Terms•
Morekeyboard_arrow_up
•
Appskeyboard_arrow_up
•
FrontPage © 2020