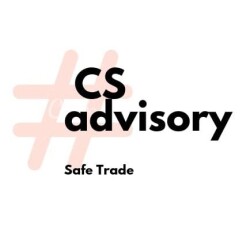 samirHkcQyBmzH
Reputation: 4,036  •  Dec 21, 2020 12:25 PM
#DHFL
#NIFTY50
#NIFTYBANK
The former promoter of crisis-hit Dewan Housing Finance Corporation Limited (DHFL) Kapil Wadhawan has urged the company's administrator to consider his proposal for repayment of 100 percent principal to all the creditors within 7-8 years instead of permitting to sell DHFL for a lower bid.
Citing his last-ditch effort to ensure that "thousands of crores of public money is not irretrievably lost', Wadhawan, in a letter to the DHFL administrator, urged him to consider his settlement proposal of Rs 91,158 crore to all the lenders which is much more than the next highest bid of only a sum of Rs 36,646 crore.
Wadhawan has submitted a proposal to the DHFL administrator, Prime Minister's Office, Ministry of Corporate Affairs, Finance Ministry and other agencies to repay 100 percent principal to all the creditors within 7-8 years.
In his proposal, Wadhawan has promised to pay an upward payment of Rs 9,000 crore to the creditors, along with repayment of an additional amount of Rs 76,814 crore over a period of 7-8 years and conversion of debt to equity of Rs 4,970 crore.
"In other words, my proposal seeks to pay a total sum of Rs 91,158 crores (constituting 100% of the principal that is due to the lenders) as opposed to the resolution applicants who have only offered upfront payments ranging between Rs. 10,000 to Rs. 12,000 crores and a deferred payment ranging between 19,000 to 21,000 payable over a period of 7 to 10 years," Wadhwan said in his letter to the administrator.
The fundamental object of the IBC for maximization of value in the best interest of all the stakeholders, he said.
"This settlement proposal is my last-ditch effort to ensure that thousands of crores of public money is not irretrievably lost. It is my earnest hope that the Committee of Creditors, will take into account the larger public interest and consider his settlement proposal on merit," Wadhwan added.
Like
Comment
Share
NSE:DHFL price when posted: 30.8