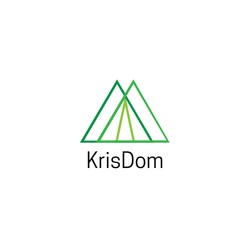 krisdom
Reputation: 29,763  •  Jun 12, 2021 12:27 PM
Century Plyboards posted its Q4FY21 performance on a low base. Revenue is up around 40 percent and margins have expanded to 17 percent. It is in expansion mode. It is looking at a CAPEX of close to Rs 700 cr over the course of the next two years, and this is going to be funded primarily from internal cashflows.
Demand in April and May was quite poor. First days of June have shown some revival. It is hoping that the bounce back will be similar to last year and Q2 will be fully back to normal.
It has passed it on to the raw material inflation to market successfully. Don’t think that is going to have any meaningful impact but operating leverage will have its effect.
From the next quarter (provided volumes are back on track) its margins should be back to earlier levels.
95 percent of its sales go through distribution network - approximately 70 percent in retail and less than 30 percent in projects.
#CENTURYPLY #InvestmentIdeas
It supplies materials to Ikea, Godrej, and other companies.
6 Likes
Comment
Share
NSE:CENTURYPLY price when posted: 420.1
6 Likes