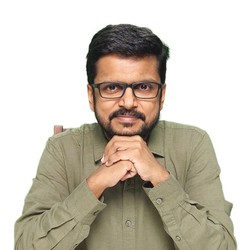 anupamroongta
Reputation: 19,797  •  Jun 14 4:50 AM
Do you know Thums Up is originally an Indian brand that Indian people liked more than Coca-cola?
But Coca-Cola acquired Thums Up from Parle when Parle couldn't beat it.
Thums Up had an 80% share of the $350 million soft drink market.
But if the Thums Up was doing so well, why did Parle sell it to Coca-cola?
Coca-cola has been in India since the 1950s.
However, it left India in 1977 when it was asked to invest 40% of its profit in India and reveal its recipe to Indian stakeholders.
In the same year, Thums Up was launched under Parle.
Then, in the early 90s, the Indian Government allowed foreign brands more liberally.
Coca-cola found its way back to India. When Coca-cola came to India, they saw tough competition from Thums Up.
Thums Up was the first choice of people and held the majority market share.
Despite all the strategies Coca-cola tried, the sale of Thums Up remained unaffected.
Then Coca-cola figured out that the only way to acquire the market was by stopping the supply of Thums Up in the market.
Thums Up had 62 bottler plants, out of which 58 were franchised.
Coca-cola started buying the franchises of Thums Up one by one and stopped the majority of supply.
Thums Up could not meet the demand or supply and began losing market share.
In the absence of Thums Up, Coca-cola thrived again and gained its market back.
Then, in 1993, Coca-cola acquired Thums Up along with Limca, Citra, and Gold Spot for $60 million.
And that is how Thums Up became Coca-Cola’s Thums Up.
#VBL
10 Likes
3 Comments
Share
NSE:VBL price when posted: 751.85
10 Likes
3 Comments
Sort by: Hot
list
This list is empty..
Cheer up, all is well :)