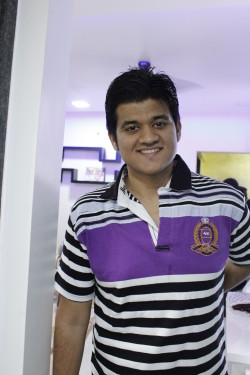 TradeAdda
Reputation: 55,249  •  Feb 2 2:11 AM
Stock in Action
KPIT Technologies Ltd.: KPIT Technologies reported strong set of Q3FY22 numbers. Revenue in USD terms grew by 20% YoY and on CC basis revenue grew by 21% YoY and 5.6% QoQ. Revenue in rupee terms grew by 20.3% YoY, and 5.3% QoQ. Q3FY22 EBITDA margin at 18.5% as against 17.6% last quarter. Net profit during the quarter grew by 63.6% YoY and 8% QoQ. Management has raised Annual EBITDA outlook and yearly EBITDA margin of around 18%. During the last 4 quarters, offshoring has increased and thus the volume growth is proportionately higher. Q3 was a good quarter in terms of deal closures. The revenue growth momentum will continue in the coming years. The growth is expected to be broad based across practices and clients. Positive on KPIT Technologies given the healthy set of Q3FY22 performance and strong traction in Indian IT sector.
Siemens: In budget FY23, government has increased capital expenditure by 35% from Rs 5.54 lakh crore in the current year to Rs 7.50 lakh crore in 2022-23. This has increased to more than 2.2 times the expenditure of 2019-20. This outlay in 2022-23 will be 2.9% of GDP. Further, as part of Atmanirbhar Bharat, 2,000 km of railway network will be brought under Kavach, the indigenous world-class technology for safety and capacity augmentation in 2022-23. All these will augur well for capital goods company like Siemens which has world best class technology and competency to cash in the opportunity. Hence increasing government capital expenditure is positive for Siemens.
Shree Cement: Government in FY23 budget has put much needed emphasis on housing and infrastructure sector. In FY23, government has targeted to construct 80 lakh houses under PM Awas Yojana, both rural and urban. Government has allocated Rs 48,000 crore for this purpose. Further, the National Highways network will be expanded by 25,000 km in 2022-23. In addition, Government, will implement Multimodal Logistics Parks at four locations through PPP mode and will be awarded in 2022-23. All these measures announced in the budget will drive the demand for Cement. Hence, Shree cement which financial parameters are industry leading are going to be benefited from government thrust on infrastructure creation.
#KPITTECH #SIEMENS #SHREECEM
4 Likes
Comment
Share
NSE:KPITTECH price when posted: 624.95
4 Likes