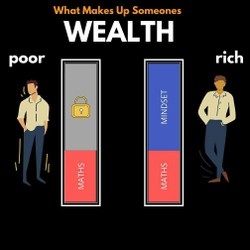 Stockslist
Reputation: 17,788  •  Apr 8 12:33 PM
#InvestmentIdeas
#BEL - The government’s efforts to indigenize defence production could be a key revenue driver!!
Recent order wins and the prospect of a significant growth opportunity opening up has boosted sentiment.
Announcement:
- Defence ministry will unveil a third list of over 100 military systems and weapons, which will see import restrictions.
- According to a PTI report, the defence ministry said orders worth more than ~2.1 trillion are likely to be placed on the Indian industry in the next five years.
Order book:
- One of the positives is BEL's large order book, which stood at ~57,000 crore as on April 1. This is just under four times its annual sales and could help it report revenues of over ~15,000 crore over the next couple of years.
- Its new orders in FY22 came in better than estimates at ~18,000 crore, led by major orders, which included avionics pack for Light Combat Aircraft (LCA), advanced electronic warfare suite for fighter aircraft, instrumented electronic warfare range and electronic voting machine (EVM).
- The order book for exports is over $400 million. The company had signed a $93 million contract with Airbus and a $73 million contract with US-based Hyperion Global Group.
- The company forayed into the metro segment (train control system), which has a potential market of ~7,000 crore. Among other non-defence segments are automobile (lithium ion batteries and cells), space electronics, unmanned systems and medical electronics. Non-defence order book stands at around ~8,000 crore and contributes 14 per cent of the order book.
Source - Business Standard Newspaper
Like
Comment
Share