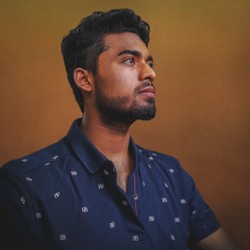 ayushmaansingh
Reputation: 4,962  •  Sep 30 11:50 AM
Repo rate hiked by 50 bps to 5.9% leads to FY23 GDP forecast cut to 7%
#MacroEconomy
Good or Bad for the Economy ??
CPI inflation for the current financial year is seen at 6.7%, with the price gauge seen at 7.1% in July-September
The RBI’s target for CPI inflation is 4 percent, with a flexibility of 2 percent on either side. The latest data showed that CPI inflation has remained above the RBI’s target zone for the first eight months of 2022.
-“With inflation likely to be largely in line with RBI’s estimates, this week's 50 bps hike will make the ex-post forward real repo rate* positive, albeit still lower than the RBI’s estimated real neutral rate of 0.8-1 percent," economists from Emkay Global wrote.
-"At this point, we still think that the RBI would not go too restrictive and terminal rate could hover near the estimated real rates, implying not more than 100 bps hikes ahead, including today’s decision," they wrote.
3 Likes
Comment
Share
3 Likes