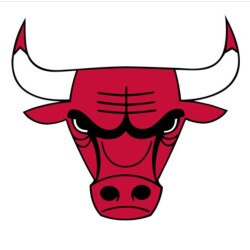 vipinbulls
Reputation: 2,216  •  Aug 2 4:50 AM
#INDIACEM
Buy India Cements around 194-196 given breakout today for target 199,206,209,216,222.20 plus in short term
India Cements Limited is a cement manufacturing company in India. The company is headed by former International Cricket Council chairman N. Srinivasan. It was established in 1946 by S. N. N. Sankaralinga Iyer and the first plant was set up at Thalaiyuthu in Tamil Nadu in 1949. It has 7 integrated cement plants in Tamil Nadu, Telangana and Andhra Pradesh, one in Rajasthan and two grinding units, one each in Tamil Nadu and Maharashtra with a capacity of 15.5 million tonnes per annum. Sankar Cement, Coramandel Cement and Raasi Gold are the brands owned by India Cements. India Cements owned the Indian Premier League franchise Chennai Super Kings from 2008 to 2014. It was transferred to a separate entity named Chennai Super Kings Cricket Ltd., after the Supreme Court of India struck down the controversial amendment to the BCCI constitution's clause 6.2.4 that allowed board officials to have a commercial interest in the IPL and the Champions League T20 on 22 January 2015. India Cements is also alleged to have made controversial investments in Jagati Publications and Bharati Cements owned by Y. S. Jaganmohan Reddy.
link
INDIACEM 15 Min
link
INDIACEM Analysis
2 Likes
5 Comments
Share
NSE:INDIACEM price when posted: 196.75
2 Likes
5 Comments
Sort by: Hot
list
This list is empty..
Cheer up, all is well :)