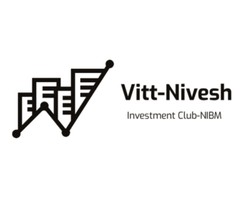 VittNiveshNIBM
Reputation: 9,559  •  Dec 8, 2021 2:07 AM
#PAGEIND
XTRAS: In 2012, the company was honoured for the “Outstanding Advancement of the Jockey Global Retail Image”, a rare distinction from amongst 142 countries where Jockey is present.
TECHNICAL HIGHLIGHTS
• The stock has been making higher highs and higher lows for almost a year and is now at an all-time high, indicating a strong uptrend.
• Immediate support is spotted on 40,304 levels while the Next strong support can be on 36,478.
• Fibonacci levels are taken on the lowest point of 17,608 & highest point of 40,304 in the 1 and a half years’ time frame, considering the current trend. 35,447 stands as 78.6% Fibonacci retracement and will be a strong support on extending the trend lines as shown in the chart.
• RSI index is currently at 80. It's in the overbought zone but also indicates a strong accumulation after the recent breakout.
• The stock might show a small retracement after the recent quick up-move but the high valuations are a big concern for the investors.
ANALYST VIEW
• Page Industries announced its highest-ever revenue and profit after tax in the September quarter. The success of its new categories and distribution expansion is key to near-term growth. Based on the average estimates of four brokerages, the stock trades at about 68 times its FY23 Earnings per Share (EPS).
• In the recent quarterly result posted by the company on 15th November 2021, it has shown 46% y-o-y revenue growth to Rs 1,084 crore on the back of strong volume growth (2-year CAGR 18%). This shows that the company has performed well even during the pandemic. The Gross Margin contraction was contained (down only 70 bps y-o-y) despite much higher inflation in prices of Raw Materials (A near-term risk). Key downside risks are underperformance of men’s innerwear and sharper-than-expected RM inflation. The stock has risen about 45% so far in 2021. This means further appreciation in the share price could be tough.
• In 2020-30, volume growth will have to be the key driver of growth unlike 2010-20, where Page enjoyed good price/mix benefit (price increases should now be more calibrated). The momentum needs to pick up in men’s innerwear and that in the women’s innerwear business needs to sustain, especially as factors favouring the rapid growth in the athleisure segment would not be present beyond FY22. Given promising outlook but higher valuations, we recommend buying this script only after at least 6 to 10% correction from the current price.
❮
❯ 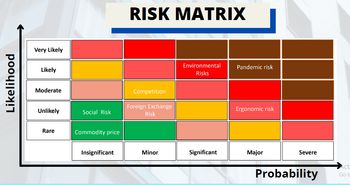