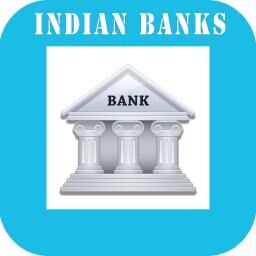 Nifty Bank Index aka BankNifty
NSE: IDX:NIFTY BANK | BSE: null | ISIN: null | Sector: Banks
algomatology's Post
A
algomatology
Reputation: 13,618 • Jan 21 1:50 AM
Good Morning All,
The market is expected to open in the red as trends on the SGX Nifty indicate a gap-down opening for the broader index with a loss of 119 points.
The BSE Sensex closed below the 60,000 mark, shedding 634.20 points to 59,464.62, while the Nifty50 plunged 181.40 points to 17,757, and formed a bearish candle on the daily charts again, indicating nervousness among traders.
Key support and resistance levels on the Nifty and Nifty Bank
According to pivot charts, the key support levels for the Nifty are placed at 17,622.37, followed by 17,487.73. If the index moves up, the key resistance levels to watch out for are 17,917.67 and 18,078.33.
The Nifty Bank was down 190.50 points to close at 37,850.85 on January 20. The important pivot level, which will act as crucial support for the index, is placed at 37,572.56, followed by 37,294.23. On the upside, key resistance levels are placed at 38,148.56 and 38,446.23 levels.
US Markets
A rebound on Wall Street fizzled on Thursday as investors lost conviction that an early rally had legs, with the Nasdaq falling more than 1 percent and crude oil prices hitting fresh seven-year highs to rekindled fears of inflation and higher interest rates.
The Dow Jones Industrial Average slid 0.89 percent, the S&P 500 lost 1.10 percent and the Nasdaq Composite in a correction after Wednesday's close, fell 1.30 percent.
Asian Markets
Asian share markets and the US futures fell on Friday, after US stocks took a knock overnight, hurt by lingering concerns over the Federal Reserve's tightening and weaker-than-expected economic and earnings data.
MSCI's broadest index of Asia-Pacific shares outside Japan was down 0.8 percent, and Japan's Nikkei slid 1.66 percent. Oil prices fell sharply and were on track for their first weekly loss this year.
SGX Nifty
Trends on SGX Nifty indicate a gap-down opening for the broader index in India with a loss of 119 points. The Nifty futures were trading around 17,680 levels on the Singaporean exchange.
#NIFTYBANK #NIFTY50
2
IDX:NIFTY BANK price when posted: 37,896.6
2 Likes