NIFTY50
# ENRICHANSRAJ - PANDEY > IDX:NIFTY 50 > Post
#
# ENRICHANSRAJ - PANDEY @ENRITCHANSRAJ
Reputation: -29,937 • Jul 13 1:47 AM
🔥Good Morning All🔥
🌟 Morning Market News & Update
Stocks To Watch
🔸Reliance Industries: Qualcomm Ventures - an investment arm of Qualcomm, will invest Rs 730 crore in Jio Platforms for a 0.15% stake. The deal is at an equity value of Rs 4.91 lakh crore and an enterprise value of Rs 5.16 lakh crore. Qualcomm is the world's leading wireless technology innovator and involved in the development, launch and expansion of 5G.
🔸Hindustan Unilever: Bloomberg News reports that Unilever is considering to scale back the potential disposal of its tea business substantially. It may keep some operations in Emerging Markets. Sources say that the group is debating whether to hold on to its tea business in India
and Indonesia. Unilever is also considering excluding its stake in a PepsiCo Inc. venture that makes Lipton bottled drinks. Sources say that removing these assets from the sale can reduce the eventual proceeds by several billion pounds. The rest of the business can fetch up to 4-5 billion pounds. Details can be announced as early as this month.
🔸Vodafone Idea: Franklin Templeton says it has received full value of principal along with interest of 8.25% on the company's bonds. Franklin Templeton received payment of Rs 1,252.44 crore from the company on NCDs. The proceeds will be distributed to unit holders of the segregated portfolios in six fixed income schemes. Franklin Templeton had side pocketed the company's NCDs in six fixed income schemes.
🔸Escorts: The competition Commission of India has approved the acquisition of 9.09% stake in Escorts by Kubota Corporation and of 40% in Kubota Agricultural Machinery India by Escorts.
🔸Punjab National Bank: Clarifies that the provision for the Rs 3,688 crore fraud in DHFL's NPA account is Rs 1,695.7 crore instead of Rs 1,246.6 crore.
🔸Biocon: Gets Drug Controller General of India's (DGCI) approval to market Itolizumab injection solution for emergency use in India in moderate to severe Covid-19 patients suffering from Cytokine Release Syndrome. The drug will be manufactured and formulated as an intravenous injection at its manufacturing facility in Bengaluru.
🔸Dilip Buildcon: Declared L1 bidder for the tender floated by NHAI for a new HAM project worth Rs 882 crore in Gujarat. The project involves four laning of Dhrol-Bhadra Patiya section and has to be completed within a period of 24 months.
🔸Punjab and Sind Bank: Edyar Zinc with outstanding dues of Rs 41.24 crore has been declared as fraud and reported to the Reserve Bank of India has per regulatory requirement. The account has been fully provided for.
🔸BASF India: Board approves acquisition of 100% stake in BASF Performance Polyamides from BASF Nederland B.V. and BASF SE, for a consideration not exceeding Rs 305 crore. BASF Performance Polyamides is into the business of manufacture / trading of performance polyamides and has a manufacturing site in Gujarat.
🔸Coromandel International: Executes Share Purchase Agreement (SPA) for acquisition of 50 lakh equity shares of Rs 10 each of the total share capital of Coromandel SQM (India), a JV between the company and Soquimich European Holdings. The transaction is likely to be closed before July 31, 2020, post which CSQM will become a wholly-owned subsidiary of the company.
🔸Lakshmi Vilas Bank: Due diligence process for proposed amalgamation of Clix Capital Service and Clix Finance India into the bank is underway. Post the amalgamation, the entire shareholders' fund of Clix Capital of approximately Rs 1,900 crore and total assets of approximately Rs 4,600 crore, will get amalgamated into the bank. As per current estimates of advisors, after amalgamation of Clix Capital, the CET-1 ratio of the bank might reach the reasonable threshold level. The bank is also looking for a few large marquee long-term investors as well in mutual consideration.#NIFTYBANK #NIFTY50
1
Reply
IDX:NIFTY 50 price when posted: 10,771.8
Recent posts in IDX:NIFTY 50
T
TTA @TTA
Reputation: -4,993 • Today 9:12 AM 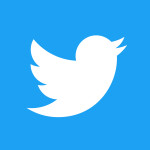