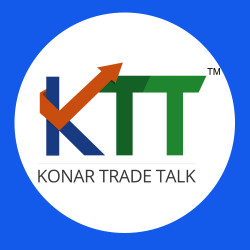 KONAR TRADE TALK ®
• JETAIRWAYS
•Jul 10 10:58 AM
@konartradetalk • Reputation: 24,523
💠💠The Delhi high court on Tuesday asked Naresh Goyal, the founder and former chairman of Jet Airways (India) Ltd, to first deposit ₹18,000 crore the grounded airline owes lenders if he wishes to travel overseas.
Declining to grant permission to Goyal to leave India, the court sought the response of the Union government to his plea. The court was hearing Goyal’s petition challenging a lookout circular (LOC) issued against him.
In his petition, Goyal contended that as on 25 May, when he was deboarded from a flight to Dubai, no case was registered against him. At the time, there was no material to show that there was any attempt by Goyal to evade investigation and as Goyal is a non-resident Indian (NRI), he is required to travel abroad from time to time, argued senior counsel Maninder Singh, who appeared for the petitioner.
©NEWS AND PIC CREDIT LIVEMINT
Regards,
AMIT KONAR
Proprietor
KONAR TRADE TALK ™
Like
reply
Reply
Recent posts in JETAIRWAYS

Naresh Goyal may appear before Enforcement Directorate today
On March 18 he had sought time due to the ongoing coronavirus (COVID-19) pandemic
Moneycontrol
https://www.moneycontrol.com/news/business/naresh-goyal-m...
Like
reply
Reply

Jet Airways' creditors to meet on March 12
The ninth meeting of the CoC is scheduled to be held on March 12, the regulatory filing on Tuesday said.
Moneycontrol
https://www.moneycontrol.com/news/business/jet-airways-cr...
Like
reply
Reply

Jet Airways: The end is nigh?
The airline is unlikely to get any bids before the deadline ends on March 9
Moneycontrol
https://www.moneycontrol.com/news/business/companies/jet-...
Like
reply
Reply