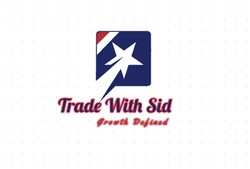 tradewithsid
Reputation: 6,703  •  Sep 29 3:54 AM
Europe closes lower following inflation, consumers data
European stock markets closed lower on Thursday following the publication of critical economic data from Germany and the Eurozone. In addition, European investors are digesting the negative sentiment caused by fears of high-interest rates and an impending recession.
Today German Destatis said the country's annual inflation in September 2022 is expected to reach 10%, exceeding analysts' expectations for the month and marking an increase from August's figure. Meanwhile, consumer confidence in the euro area fell sharply by 3.8 points in September, coming in at a negative 28.8.
At the close, the DAX lost 207 points or 1.71%, with Porshe down by 11.49% on its first day of trading at the Frankfurt Stock Exchange. The CAC 40 fell 1.53%, while Renault decreased by 7.06%. The FTSE 100 declined 1.77%, as Barratt Developments dropped by 12.87%.
The euro was up by 0.40% against the dollar at 5:28 pm CET, selling for $0.97734. In comparison, the pound edged up by 1.29% to go for $1.10322 at the same time.
#MacroEconomy #NIFTY50
Like
Comment
Share