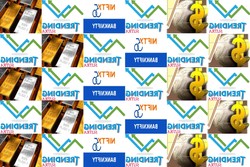 trendingsutra
Reputation: 3,600  •  Sep 28 2:07 AM
Globally, Oil prices were mixed in early Asian trade on Wednesday as support from U.S. production cuts caused by Hurricane Ian contended with crude storage builds and a strong dollar. Ian is the first hurricane this year to disrupt oil and gas production in the U.S. Gulf of Mexico, which produces about 15% of the nation's crude oil and 5% of dry natural gas. U.S. crude stockpiles increased by much more than expected last week, the API reported Tuesday, U.S. crude inventories rose by 4 million barrels for the week ended Sept. 23. The Chinese yuan slumped to its weakest level since the 2008 financial crisis on Wednesday. The yuan fell 0.7% to 7.2244, its weakest level since late-2007. The currency plunged over 13% this year, reeling from a severe slowdown in the Chinese economy and a hawkish Fed. Asian share markets slid on Wednesday as surging borrowing costs fed fears of a global recession, spooking investors into the arms of the safe-haven dollar. The safe-haven dollar has been a major beneficiary from the rout in sterling, rising to a fresh 20-year peak of 114.520 against a basket of currencies. Wall Street sank deeper into a bear market on Tuesday, with the S&P 500 recording its lowest close in almost two-years, The benchmark S&P 500 is down about 24% from its record high close on Jan. 3.Speaking on Tuesday, St. Louis Fed President James Bullard made a case for more rate hikes, while Chicago Fed President Charles Evans said the central bank will need to raise rates by at least another percentage point this year. Spot gold was largely unchanged from its previous close at $1,628.67 an ounce. Rupee remained under pressure after dollar index continued to surge and pound plunged further with rising yield.
*With Inputs from Reuters #MacroEconomy #GOLD #CRUDEOIL #Forex #SILVER
❮
❯ 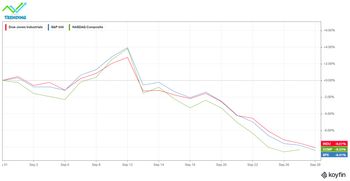 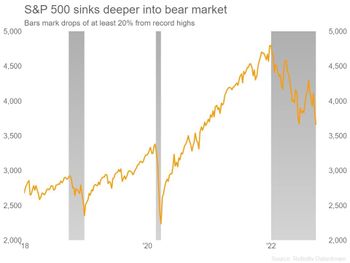