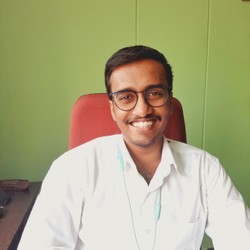 neerajb
Reputation: 4,431  •  Oct 2 2:42 AM
Is #IDBI Disinvestment bound❓❓
➡️History of IDBI
IDBI started as a development finance institution in the 60s and helped shape India’s industrial landscape but later lost its importance after liberalization. In the early 00’s it was transformed into a bank but couldn’t make its mark, unlike ICICI which was converted in a similar fashion.
🔻Troubled Finances:
IDBI Bank was financially weak which prompted RBI to place it under PCA (prompt corrective regime) in 2017 and later in 2018, it approved LIC to acquire an additional stake (making it the leading shareholder) which helped IDBI back onto the profitability path.
🔻Market performance:
IDBI Bank has generated a -66% in the last 10 years compared to 300%+ returns of its competitors HDFC and ICICI Banks.
➡️Disinvestment the go-to?
The government has taken it upon itself to revive IDBI Bank and it plans to privatise IDBI via a 2-stage process. The percentage stake that is offloaded is yet to be decided.
What is your opinion on the government’s new strategy to revive IDBI Bank?
#InvestmentIdeas #IDBI
2 Likes
4 Comments
Share
NSE:IDBI price when posted: 41.25
2 Likes
4 Comments
Sort by: Hot
list
This list is empty..
Cheer up, all is well :)