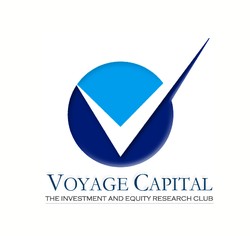 voyage
Reputation: 2,707  •  Feb 2 5:01 AM
BUDGET 2022 & HEALTHCARE – A STORY OF MISSED EXPECTATIONS?
After a 137% YoY increase in allocation, hopes for the healthcare sector with respect to the Budget remained high amidst a resurging COVID-19 crisis, remained rather high. However, reactions to the actual budget proposals and allocations, have been…mixed, to say the least.
WHAT THE BUDGET PROMISED?
What can be termed as the most novel of the proposals in this sector lies in the government’s path-breaking move of introducing the Ayushman Bharat Digital Mission in the budget with the objective of ensuring universal access to healthcare facilities, across the country from a long-run perspective. However, on the opposite end of the spectrum, the government’s biggest miss lay in the fact that there were absolutely no policy amendments facilitating the participation on the part o the private players with the express objective of providing an impetus in strengthening the country-wide healthcare infrastructure as well as alleviate the immediate healthcare-services-access dilemma.
A second aspect of the Healthcare budget that has hogged the limelight has been the focus on Mental Health & Digitisation, with large scale allocation to a National-Tele Mental Health programme as well as an open platform for the national digital health ecosystem consisting of digital registries of health providers and health facilities, unique health identity and universal access to health facilities
WHAT IT SHOULD/COULD HAVE PROMISED?
In terms of the impact that we can expect due to the budget outlay in this sector, we must take a look at the government’s extension of benefit of the concessional tax regime, applicable to manufacturing companies. Denoting the pharmaceutical sector as one of the sunrise opportunity sectors, the government plans to ensure that the sector should receive its fair share of benefit from future supportive policies. While this sounds well in theory and at an oratory level there have been no moves in consideration to the long-standing demand/expectation of industry to incentivise research and development needed to enable India to move from being an incremental innovator to becoming a global player in innovative drugs.
On a different front, we see that the budget outlay for public-hospitals has increased by 30%, but along the same lines, the much-needed investment for strengthening the surveillance system has seen only a mere 16.4 % increase. The Ayushman Bharat health insurance scheme remains to be grossly underfunded and allocated the same amount as last year. Again a 3.92% increase in healthcare research has led to further disappointments, while the need to build further laboratories out of this budget looms over the industry and prospects of additional funding-aid from the World Bank or ADB in the near horizon, looks bleak.
CONCLUSION:
The 2022 Budget could have been a landmark year in the healthcare front, empowering the country to develop the resilience required to so that we never go through the disruptions we have witnessed. Sadly, it did little towards bridging the gaps in the system, as we stick to the healthcare expense still being at 1.5% of the GDP.
#FORTIS #APOLLOHOSP #GLAND
2 Likes
Comment
Share
NSE:FORTIS price when posted: 277.55
2 Likes