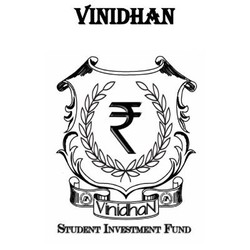 vinidhan
Reputation: 7,885  •  Jan 7 4:50 AM
Today we will be going to understand plastic pipe sector and #ASTRAL
SECTOR OVERVIEW
The infrastructural and plastic pipe industry complements each other and are one of the key drivers of Indian economy as their contribution stood at 4.2% of GDP in FY20.
The Indian plastic pipes and fittings industry is expected to reach INR 500-550 Bn by the FY25 growing at a CAGR of 10%.
This would be driven by the healthy growth in government investments towards WSS (Water Supply & Sanitation), plumbing (the second largest segment for plastic pipes, accounting for 35-40% share of the plastic pipes market), higher budgetary allocation for better irrigation facilities, robust replacement demand, conversion from iron pipes to PVC/CPVC pipes, and recovery in the real estate sector.
COMPANY OVERVIEW
Astral Pipes is one of the leading companies in the piping industry, headquartered in Ahmedabad. They are in the business of manufacturing plumbing and drainage related products and manufacturing superior quality plumbing products. It will also be the first and the only manufacturer of CPVC (Chlorinated polyvinyl chloride) composite pipes in India.
Astral has evolved to become one of the leading manufacturers in the adhesives & sealants segment. In FY21, the company has expanded its product portfolio and entered into the water tanks segment.
INVESTMENT RATIONALE
Astral’s revenue grew by 23% YoY to INR 3,176.3 Cr, PAT grew by 64% YoY to INR 408.2 Cr in FY21. The growth was led by strong demand in infrastructural activities. The company has shown growth in each segment.
However, margin pressures in adhesives segment are prevalent due to inflation in raw material prices.
It has better cash conversion cycle than the rest of its peers due to higher payable days. The reason being greater sourcing of raw material from domestic suppliers as compared to its peers.
The P/E multiple of 106.38 given to the company is much higher than its peers. Also, the PEG and P/B ratio is higher than its peers. The main reason for higher multiple and ratio is that the company is diversifying itself in various valued added categories of pipes, tanks and adhesive goods.
#ASTRAL #SUPREMEIND #InvestmentIdeas #FINPIPE #PRINCEPIPE
❮
❯ 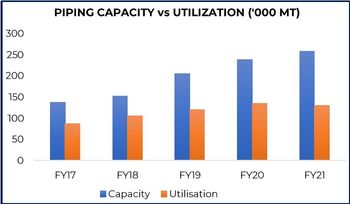