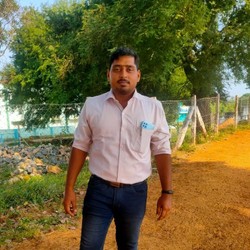 prabavpk
Reputation: 329  •  Jul 22, 2021 8:57 AM
How the #Adani Group became India's largest airport operator
After becoming India's largest private port operator, the Gautam Adani-led Adani group has turned all its attention to its airport business, which it forayed into barely a year ago
There just seems to be no stopping the Adani juggernaut. Not even a pandemic.
Early this year, despite the Covid-19 pandemic wreaking havoc on the Indian economy, the Ahmedabad-based group splurged nearly Rs 15,000 crore to mop up three ports across India’s coastline to strengthen its role as India’s largest private port operator, accounting for over 25 percent of the cargo movements in the country. The group also sold a 20 percent stake in its barely six-year-old renewable energy company, Adani Green Energy, for $2.5 billion to Paris-based Total Energies. Last year, Adani Green had won the world's largest solar energy tender worth $6 billion.
Then, on July 13, less than a year after it forayed into India’s lucrative airport sector, the 32-year-old Adani Group managed a rather rare feat, something that even pioneers in India’s airport sector had not managed so far: The group became India’s largest airport infrastructure company, with one in every four passengers in India passing through an airport they run. The group’s airports also account for one-third of all the air cargo in the country.
Source: Forbes
#ADANIPOWER #ADANIGREEN #ADANITRANS #ADANIPORTS #ADANIENT
Like
Comment
Share
NSE:ADANIPOWER price when posted: 148.3